When Sooze and David Cooper first saw the 80-year-old fisherman’s cottage in Wagstaffe,
the potential buyer ahead of them passed them muttering, ‘too small, too narrow, two
bedrooms’. but to them it was ‘idyllic waterfront, low maintenance, and weekender bliss.’

They bought it, fully intending to use it occasionally but also to rent it out as an Airbnb.
‘But then we fell in love with it,’ says Sooze. ‘And we decided to keep it just for family and friends.’

‘It was quite liveable and we found ourselves spending more and more time here,’ says David. ‘It was easy to get to from where we live on the northern beaches. We just had to hop on
the Palm Beach ferry that stops almost at the bottom of the garden.’

But as friends discovered the delights of the Wagstaffe weekender, two bedrooms began to feel too small. The Coopers decided to renovate and extend upwards, transforming the single-storey cottage into two storeys with four-bedrooms. The biggest challenge was how to keep the style of the cottage that they’d fallen in love with.

‘Fiona Brodie, who drew up the architectural plans for us, suggested Construct Central Coast as a builder,’ says Sooze. ‘She warned us that they really only work on much bigger projects, but suggested we try them anyway.’ The timing was somehow right and Dan from Construct loved the building and the vision the Coopers had in mind.

‘The DA went through smoothly because the plans kept everything just within building regulations.’

Because of the footprint of the house, everything is compact, and yet highly liveable. The overall white colour scheme for the walls and ceiling, and the air conditioning ducting cleverly built into the ceiling style, combine to add a sense of spaciousness.

‘The early construction work coincided with the cancellation of the Palm Beach ferries when the channel in Broken Bay had silted up,’ recalls Sooze. ‘So when I had to come for on-site meetings, I’d have to catch the ferry to Patonga, and Luke [from Construct] would very kindly pick me up there and drive us to Wagstaffe.’

‘Not only that,’ says David, ‘They emailed us daily photo updates, and set up a webcam, and I could logon to the live cam on my office computer and see how the build was progressing. They were just great people to deal with.’

The floors sloped and had to be lifted, and there was a skewwiff wall that had to be addressed. Steel side beams were put in to support the new storey, avoiding the need for an internal structural support wall – important when space in a long, narrow house is of the utmost. Because an additional storey was added, a new roof was also needed.

‘We had not originally intended to redo the kitchen, but it had to be carefully dismantled so the floor could be replaced,’ says Sooze. ‘Then we saw it on the webcam and couldn’t imagine
putting the old kitchen back in with everything else looking so fresh and new.’

Access to the new storey is by a spiral staircase which somehow remains unobtrusive within the main living area. In keeping with the spiral shape, a large round skylight sits in the ceiling above it. The circular nature of the staircase also means that no large furniture could be carried up to the new floor, and some ingenuity was required. The Japanese-style bath in the bathroom was installed during the building process, and the wardrobe and queen-sized bed for the master bedroom were assembled in situ. ‘The compacted mattress magically unfolded to its true size as we stripped the plastic packaging from it,’ says Sooze.

Sooze’s eye for style and design is evident throughout the house in the furnishings, accessories and art choices. Downstairs, a loungeroom wall is slowly being covered in white-framed drawings and paintings, evidence that the Coopers also encourage visitors to find their inner creative.

‘They don’t have to be masterpieces,’ says Sooze. ‘But they provide lovely memories of our friends and family visits.’ And that, after all, is what this welcoming house is all about. Patonga Cottage, next door to The Boathouse Hotel Patonga and its landmark Norfolk Island Pines, is designed with the stylish touches evident in any Boathouse Hotel establishment — ideal for holiday relaxation. 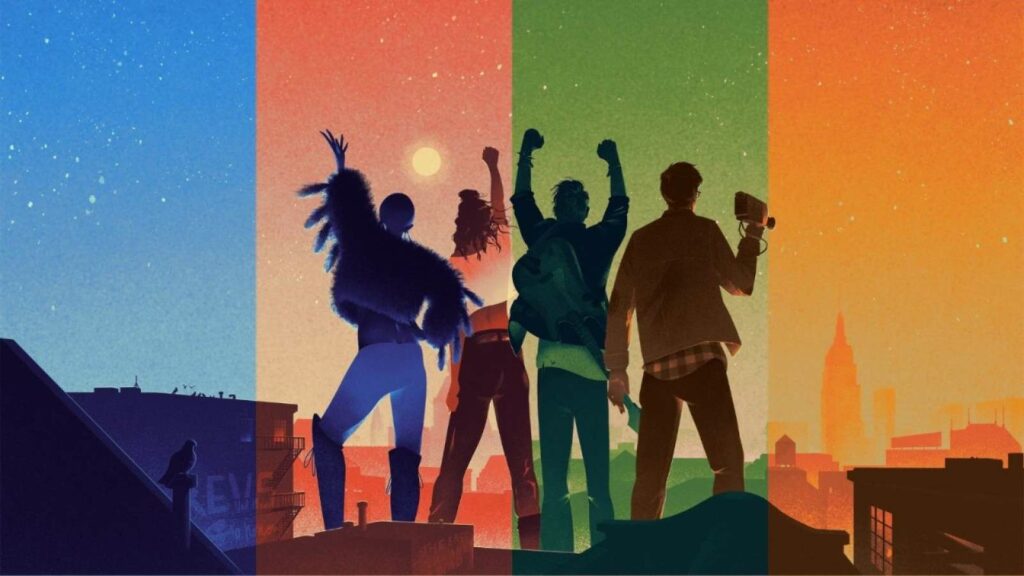 The Art House is extremely excited to bring RENT to the Central Coast direct from a season at The Sydney Opera House.